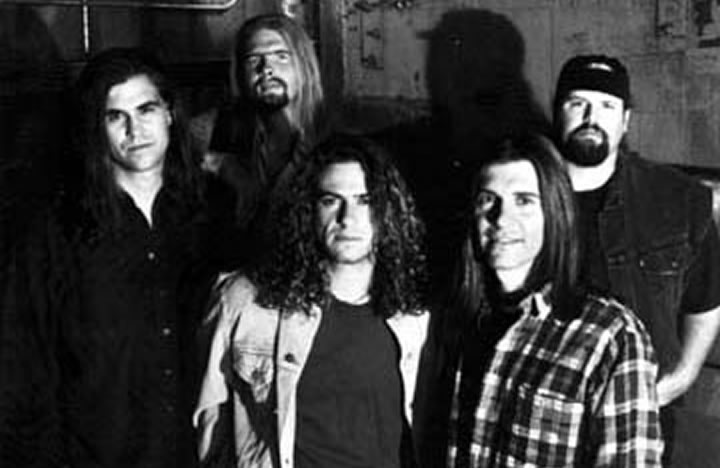 Modern Rock Review’s very first feature, published on the day we launched (October 10, 2010), was an extensive profile that celebrated the career of Pennsylvania based rock band, The Badlees. We have since updated this 7-part “Badlees Story” to reflect recent events by the group.

Today marks the 20th anniversary of the first release by a band that would grow to become one of Pennsylvania’s most influential artists. Although it can be easily argued that over that twenty year period several artists from the Keystone State – Live, Fuel, Breaking Benjamin – have achieved greater commercial success, it is hard to dispute the tremendous legacy that this band and its individual members have forged in the countless artists they’ve inspired, mentored, advised, produced for, and performed with.

When The Badlees released the EP It Ain’t For You on October 10, 1990, they had legitimate dreams of rock stardom and making a permanent living doing what they loved most – creating and performing music. Although in some cases, these dreams have been fulfilled, no one could have possibly predicted the winding road through peaks and valleys that this band would travel along the way.

The business side of music is a chaotic, vicious demon capable of squeezing all integrity and creativity from some artists. But incredibly, the Badlees seem to gain momentum while going uphill. When allowed to use their own use their own judgmentment, this group has produced remarkable and timeless art. When steered from forces up high, they have met turmoil and uncertainty.

Modern Rock Review has put together a comprehensive profile of The Badlees that tells their story from the very beginning right up until the present day. Along with this main, historical narrative, we have produced and commissioned several tangential articles that expand upon the stories behind the story. We have done this by researching over eighty published articles and conducting interviews with band members, management, and others to get various perspectives of the Badlees history. (Check out the Bibliography.)

We do this, not just to launch our new site in a big way, but also to pay tribute to the band that has done the most to cultivate Pennsylvania rock music into the vibrant, artistic, and entertaining scene that it is today.